Thank you for coming to this page about me, M. Shirley Thomas, A.F C.A. I am a visual artist.

I have painted on and off all of my life. As a child, I only had a small box of watercolors so that is what I used. Then, when I lived in Northern Alberta, I sent to Eaton’s catalogue for a small kit of oil paints. Little did I know then that the oil paints were the start of a later life journey.

In 1972, I started seriously painting. My first painting sold in 2 months. My cousin, also an artist was thrilled. She said that in Portland, where she lived, a starting artist never sold anything for 2 years. I was lucky to get a good start.

Over the years, I took workshops at Fraser Valley College,In France, at FCA Vancouver, in Portland, in Kelowna, at Garabaldi Art club in Maple Ridge, Mission Artists Association, and in White Rock.

Soon I was painting every day and showed my work with several art clubs. Later, several galleries, including as far away as Toronto, Corner Brook, Nfld and Calgary sold my work.. I even sold, via the internet, a painting to one of the famous Swiss guards at the Vatican in Rome. Now don’t think that I made a lot of money because there was always supplies and frames to buy.

In 2010, I was lucky enough to receive signature status with the Federation of Canadian Artists, an international organization based in Vancouver, B.C.

I still paint every day if I can, but can’t do the long hours that i previously could , so most of my work is done in acrylics, where I can start and stop. 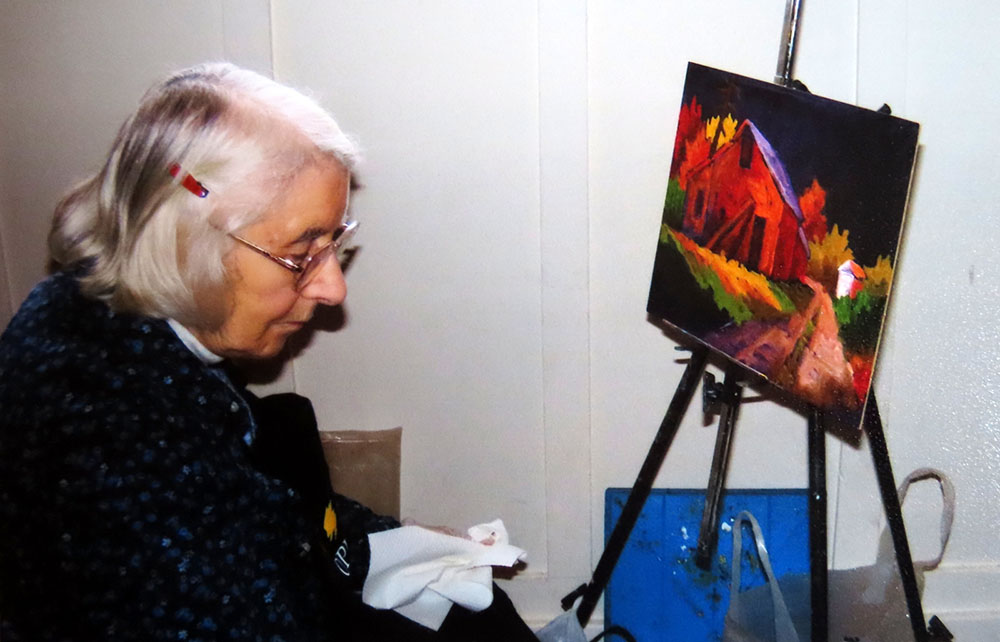 Welcome to our Online Store Dismiss